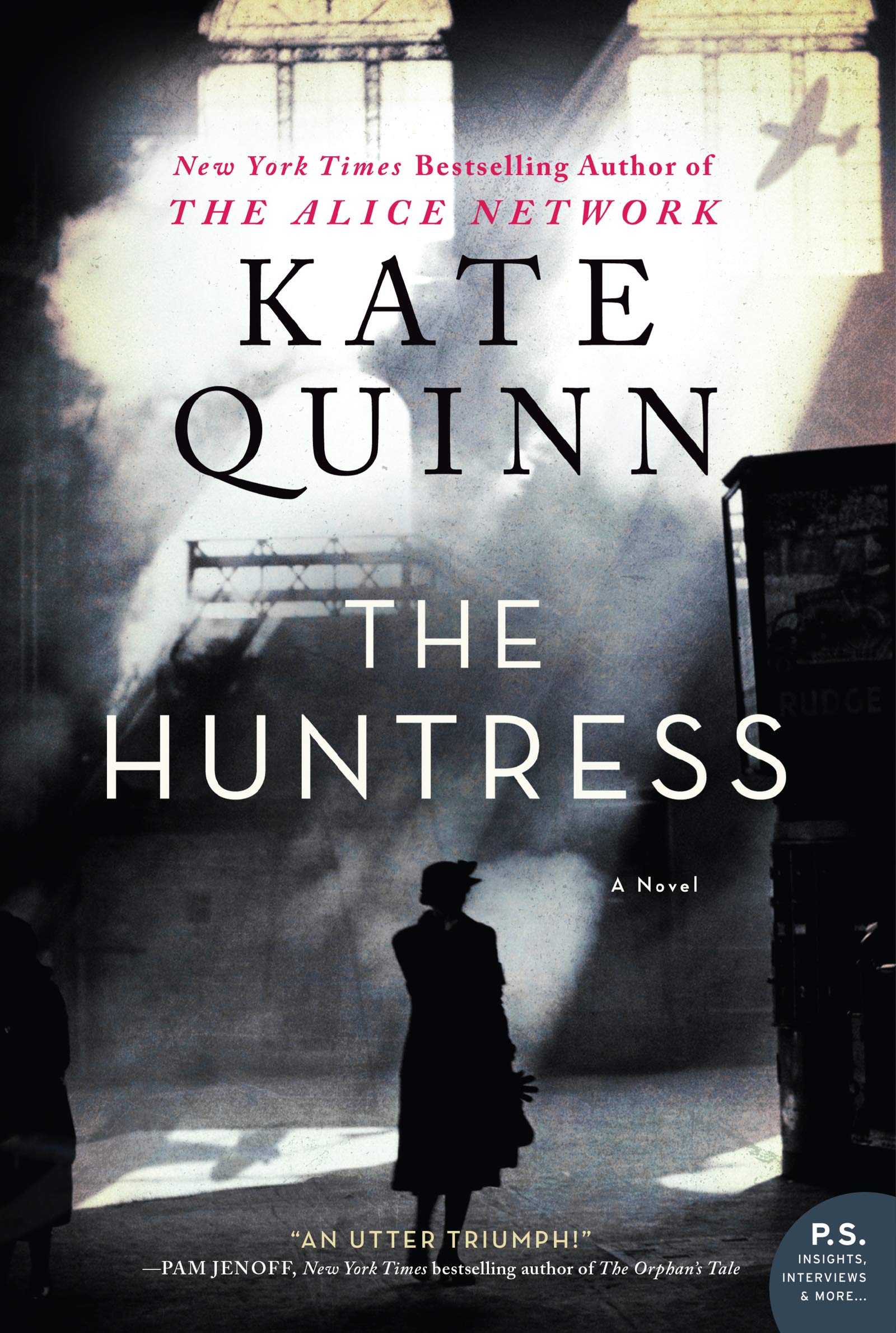 Well what do you know, it’s time for my classic phase of binge-reading every new Historical Fiction book based around WWII (I called this in the last post!). I’m a little embarrassed to admit that The Alice Network by Kate Quinn has been on my TBR list since it was published last year but I have yet to read it… I’m not sure how that happened but  here I am. I’m proud to say I have read a book by Kate Quinn and loved it! I will be honest and say this book is quite hefty coming in at almost 520 pages and does require a lot of focus to get through the story. But if you love to devour WWII reads like I do, I’m confident this won’t be an issue for you!

The Huntress centers around Nina, a Russian female bomber pilot flying with the only all-female regiment, “The Night Witches” (this is a true fact!) who joins forces post-war with Nazi hunters whom try to hunt and track down a Nazi famously known as “The Huntress”. Known for her violent and heartless acts against POWs, Jews and children during the war, Nina is determined to seek revenge against this criminal.

Ian is a British war correspondent and journalist who has made it his life mission to track down Nazi criminals and serve justice against the horrific acts of violence they committed during the war. He will stop at nothing to find “The Huntress”, whose criminal acts will never be forgiven and who has taken such a huge part of Ian’s life that he can never get back.

Jordan is an aspiring photographer living in Boston post-war who dreams of taking pictures with enough emotion and grit that they land on the cover of LIFE. She wants nothing more than to be put on the frontline of war in order to capture some of life’s most raw and genuine moments through her camera lens. Jordan trusts her camera lens more than most people and when it captures a side of her new young, foreign step-mother that she’s never seen before, she begins to question everything she’s ever believed in. Should she follow her heart or is she over analyzing the photo?

The Huntress is a story that will capture your heart from page one. From Nina’s rough upbringing in bitter-cold Russia to Jordan’s journey to figuring out what exactly is off with her new step-mother, this book will have you sucked in in no time with no way to escape! Although the book is pretty lengthy, I didn’t even think twice about that because I was so wrapped up in figuring out what happened next. I loved reading about “The Night Witches” and Nina’s experience as a female bomber pilot during the most historic war to date, especially because they were a real group of women who served an integral part of conquering the Germans. I highly recommend doing some research on the real members of “The Night Witches” – their sacrifices and experiences will fascinate you.

I really enjoyed the writing style of The Huntress and now understand why this book received so much praise. Now that I know how enthralling and well-received Quinn’s novels are, I may just have to pick up The Alice Network next! The Huntress is another 5 star read surrounding the heartbreak and determination to live that came with the war. Every story and individual I get to know through these books, fiction or nonfiction, have impacted my perspective in more ways than one. These characters inspire me to see the good in the world and show me the true definition of “faith can move mountains”.